Most of my pieces are based on an original sound that is heavily processed with various effects.  This piece used only reverbs, and only different octaves of the note F.  This was a recording of the snipe I made in the morning, and cleaned up with RX8.  I used the original call with the Comet reverb throughout.  The entrance of the low note is from the winnowing played through Iris2, with Eventide’s Shimmerverb, which takes overtones (or “grains”)  of the original sound and moves them up or/and down.  There are some low bass drum sounding thumps midway through, which come from the call played in PhasePlant where the attack and release are very short (circled in photo below), then played on a low F.  You can see the envelope as the inverted V and using Eventide’s Spring Reverb.  Finally, the little woodpecker like sounds are from the call processed through Equator 2 and played on the Rise keyboard where I could increase the sawtooth wave trigger by sliding my finger up the key.  It also uses the grainwave reverb. 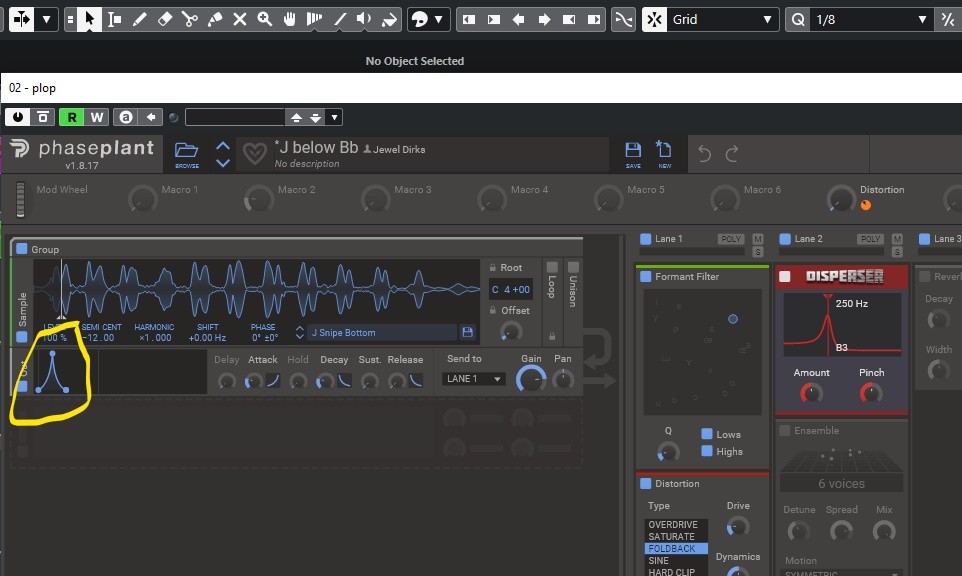