All the sounds are from the winnowing recording, processed through PhasePlant.  There are three percussive sounds, produced by a very short attack and quick release, shown by the blue arrow in the photo below.  A scratchy sound is added by a single frame from a wavetable produced from the original sound–the red arrow.  And the varying of the sound comes from controlling the filter cutoff in an irregular fashion by an LFO–the yellow–which opens and closes off overtone frequencies.  The simple track I made from these sounds were then processed through Cableguys, a program which allows me to process the pan, filter, rhythmic timing, dynamics, etc as a unit. 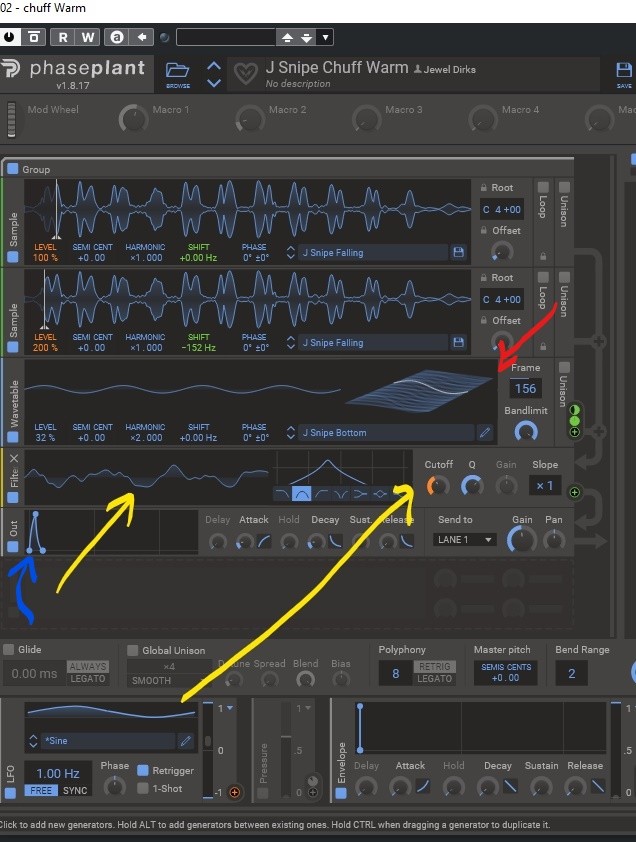 The little “bird chirp” sounds were produced by taking a very tiny slice (yellow circle in the photo below) of the most pure part of the winnowing recording and applying an aftertouch control to the pitch in the Padshop2 program (red circle).  That means that when I push down on the key the pitch varies wildly. 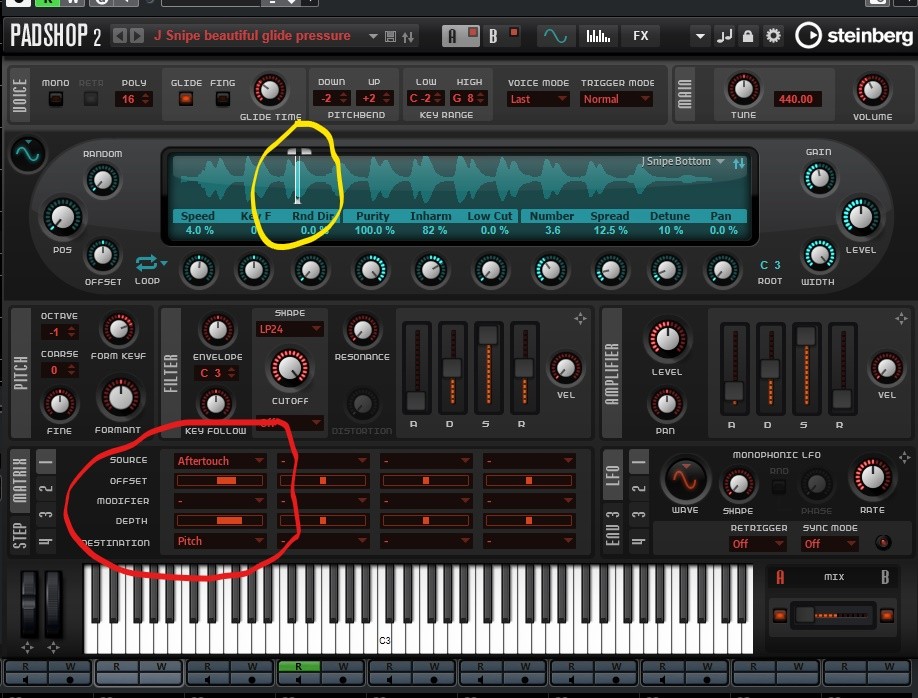 The soft chords behind all that were made from the same Padshop sound shown above, but without the aftertouch warping the pitch.   The chords were processed with Steinberg’s Multitap Delay, with 8 taps, and the second pitched a fifth higher.

The following photo shows a portion of the Cableguys program (top program with the orange lines).  The yellow arrow points to the “bird chirp” sounds, where the vertical lines reflect the keyboard pressure, and the squiggly line beneath that shows how I was automating the panning between right and left. 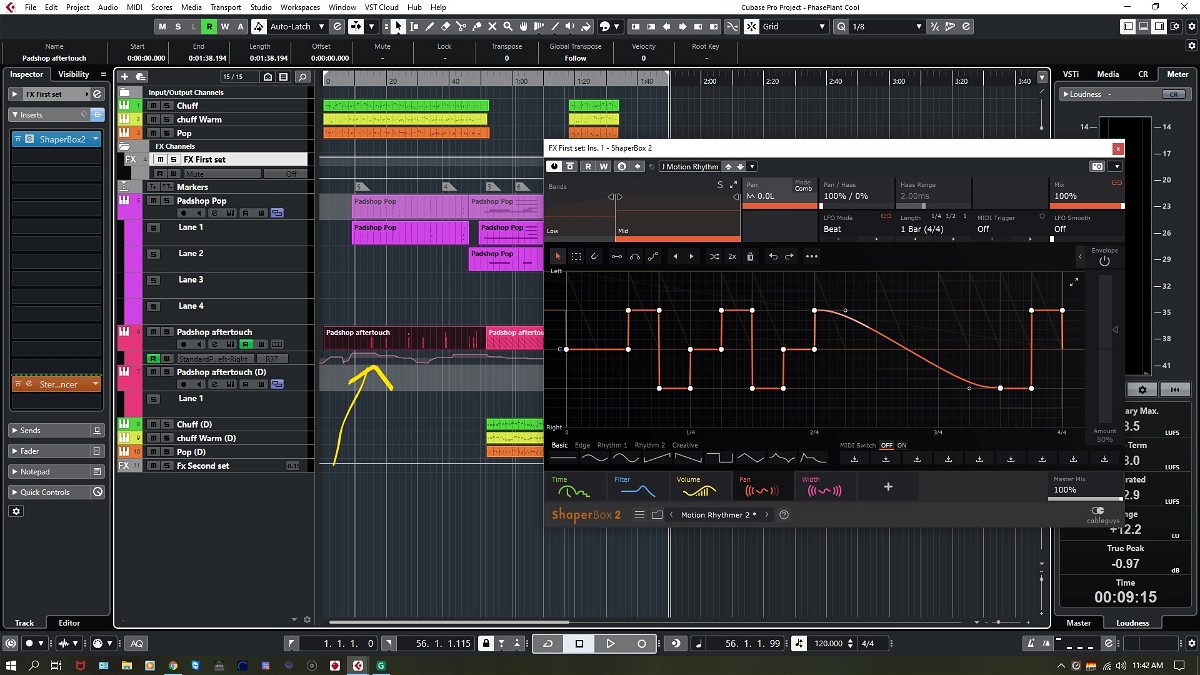